New collection of super airplanes - some history/culture - an awesome story

Today was an impressive one, while i've realized that a new collection of airplanes started to grow within our artistic matrix ...

We've never thought that a collection like this one combined with lego could create some awesome #sci-fi stories and also to provide some history/culture. 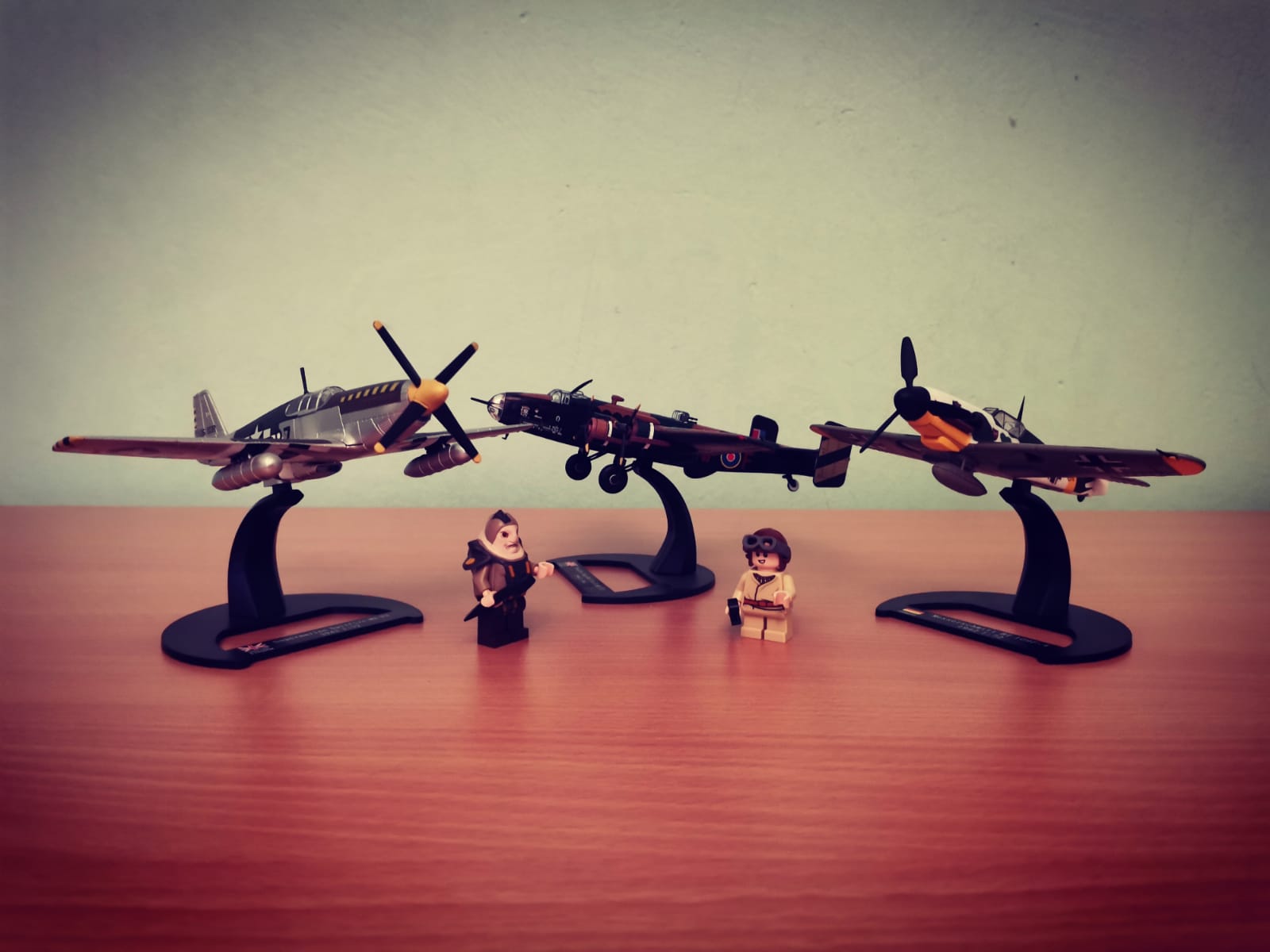 I was happy to see that some magazines started to appear like in the old days, when you could at least collect some interesting toys or puzzle things that had also some seeds of history and information within their collections.

It was always fun to collect every magazine with its own number of product within its collection.

This time, it's all about airplanes from the second World war.

As you can see, today we'll present you three models of airplanes that played a very important ( if i can call it like that) role within that period of the second World war.

My first info will be about the Halifax B MK III model: This model played a very important role in that period.

Halifax was the most manufactured bomber model, being produced in 2091 units. It appeared in 1943, notable for its transparent muzzle made of Perspex, an initial version of Plexiglas, its dorsal turret and the replacement of Merlin engines with the most powerful Bristol Hercules XVI, with a radial design and 1650 hp, which had the power to propel its new Havilland Hydromatic propellers with that round edge.

Halifax was the main companion of the Lancaster bomber in the RAF Heavy Bombardment Force, which was a strategic branch of air combat, playing a decisive role in the Battle of Britain and later in the attack on German naval forces, as well as on night attacks on the continental territories under the domination of the Axis countries.

Here, you can find another cool #photo of this model that me and my children took with an old patina: 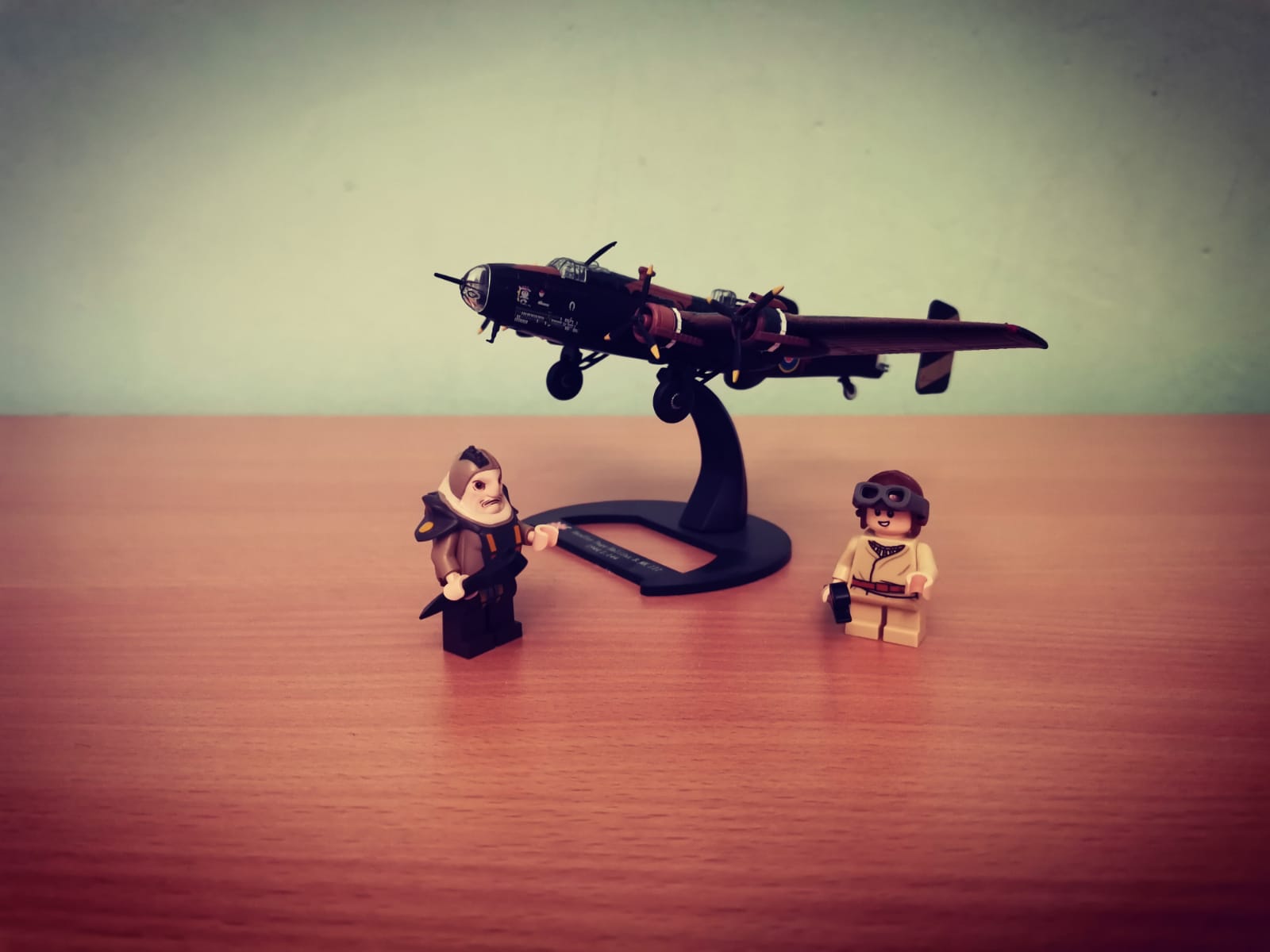 Along there are the talented mechanis, Anakin and Unkar Pluth that always travelled through Time Portals and repaired these airplanes too.

The second airplane, which is in for our today's history menu, is the model: It was designed as an interceptor aircraft, Spitfire being one of the most widely used single-seat fighter jets and was most used by the RAF and other allied countries. Proving maximum effectiveness, it was the only fighter model to be produced continuously during the seven years of the conflict. Between 1936-1961, Supermarine Spitfire had various models released as production. It had various adaptations and changes to the engine, "MK" being the abbreviation of Mark and the identification of the aircraft, following a Romanian number to define the series. The most recognizable version of the famous Spitfire aircraft was the Mark V, and the model shown in our picture shows the "b" version which replaced four of the eight 7.7 mm Browning machine guns, provided in the "a" version with two Hispano 20 mm.

The third model of our airplanish'episode is: 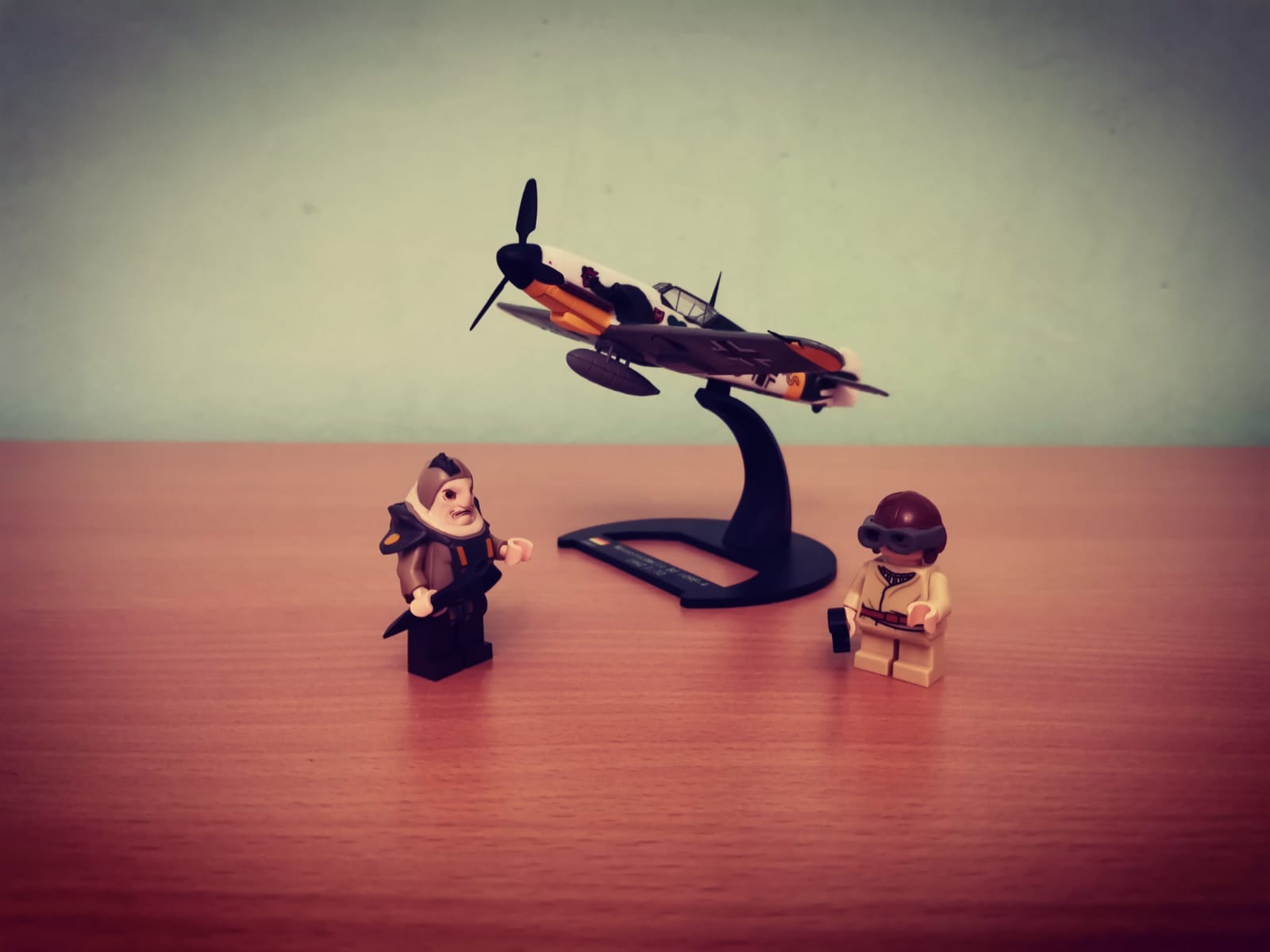 Some historians allied with England claimed that Submarine Spitfire was the ideal plane for the perfect moment. Our question in the case of this model will be: "then what can we say about the Messerschmitt BF 109F-4?" And all those historians along with the rest of the world came up with the answer that would overturn what was considered until then about Spitfire ... that the Messerschmitt BF 109F-4 was and will remain the deadliest flying plane in the history of wars ... although there have only been two massive ones ... so far ... The future will probably confirm if there is already new technology that will dethrone the famous Messerschmitt BF 109F-4 model ... which already sounds absurd from the way I set it up last sentence on the page :) Naturally, all the technology from the two wars has already been surpassed ... and we have already been able to see new, much more efficient models in some of the smallest conflicts since the 2000s.

I do hope that you've enjoyed our today combination of history with lego #sci-fi #story ... I know it sounds to #sci-fi to call it fiction since those models existed ... and unfortunatelly those two major events happened ...

Congratulations @luciannagy! You have completed the following achievement on the Hive blockchain and have been rewarded with new badge(s) :