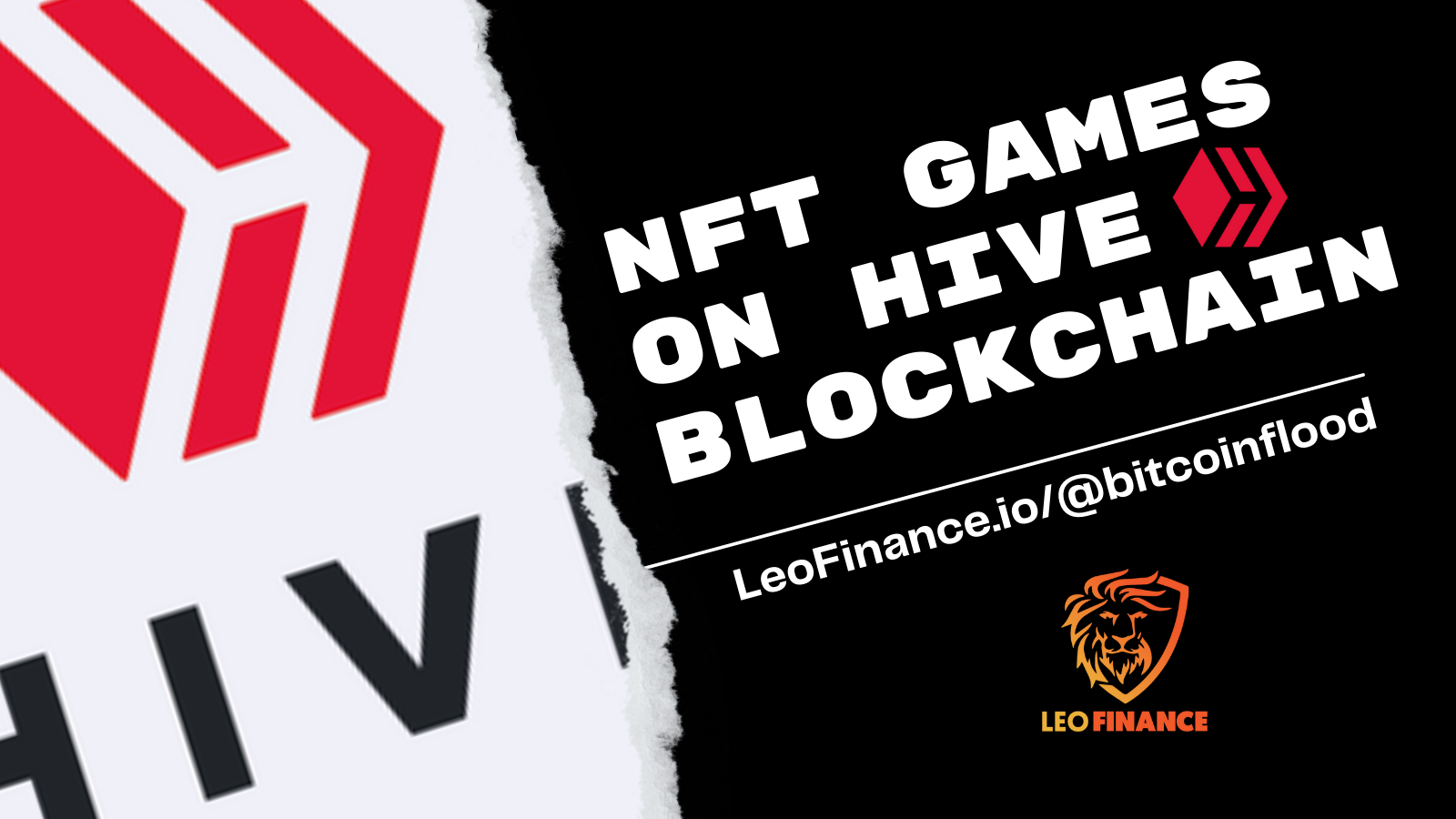 The NFT gaming space is starting to heat up to all new levels and with it is a new NFT craze again on platforms such as opensea. But why by a boring NFT when you can get and buy NFTs that actually do something! NFT gaming is the future and the demand is increasingly growing. By this time next year we should have high quality NFT MMO style games that will be played like elders scrolls online, new world and other MMOs but with crypto assets!

Yes real assets you own, trade and create that are traded between players it's simply revolutionary for the gaming industry.

Hive blockchain is one of the blockchains that really stands out. Currently many of the other NFT games are stuck or limited to those with large funds willing to pay $0.30 - $5+ per battle or transaction. However Hive blockchain works off of resource credits which can be give, bought or earned by posting articles such as this one I'm writing right now. Splinterlands takes the cake right now when it comes to gaming on the Hive blockchain. This is a card based game where you collect NFT cards, combine them to level them up and battle vis others. Rewards are given daily in the form of quest rewards, guild rewards and so much more. It's my all time favorite crypto game and I've been playing it for years.

New packs will be dropping soon and later land will be released which will play a huge new aspect on the game. Right now you can earn daily airdrops of SPS tokens (governance tokens) simply by being active, doing your quests and winning battles!

This game is very passive but it's been increasing in value over time. I suspect some of that has been fueled from the new userbase coming in from Splinterlands. This game is simple. Do daily missions with a few clicks of your mouse and earn starbits a in game currency that can be traded. Starbits can also be used to buy packs which include 3 cards that help you level up even faster and build your band.

It has a few unique aspects to it which help promote music artists and NFT music which is one very cool thing this game has going for it. Would highly recommend this one as its easy to get started and only takes 5 minutes a day of your time to click and grow. Crypto Brew Master is a fun little game that has evolved to the point where I don't understand it all. There are many ways to now earn and upgrade in the game compared to before. It's easy to get started though just jump into the game click on pub in the middle and go to the bulletin board. From here do quests that only cost energy and save up enough resources to craft a bear and sell it at the register.

That will get you started and start learning the game and there's much to it such as upgrades, trading, governance/defi kind of aspect with ASH tokens and more!

DCrops is another simple game that is VERY passive. Buy packs, open them up and plant seasonal crops on your plots of land. Harvest them when complete (after a few days) and sell them. The higher you rank the more CROP token you will earn which is a tradable cryptocurrency.

Each season is 15 days long and only certain crops can be planted during those seasons. 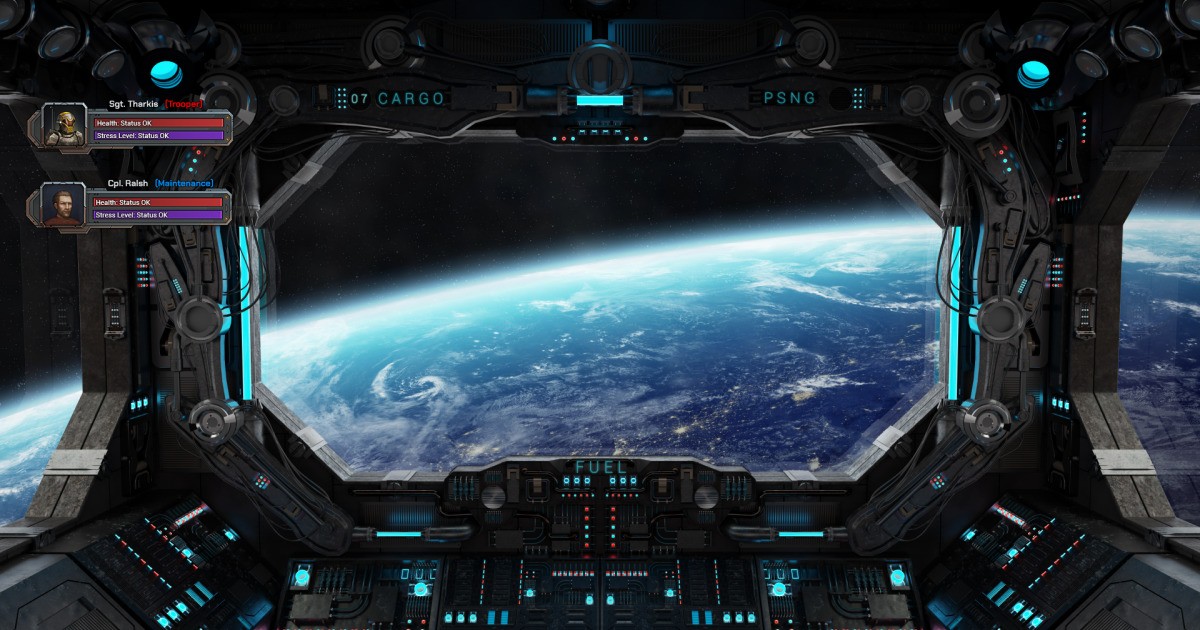 eXode to me seems like a very ambitious project that has a lot of moving parts and a system of gameplay that is more real instead of turn based. I have to say playing the Alpha on this game has been a huge learning curve but that was Alpha. With some polishing and building this project could become one of those massive MMO type games into the new year that I was talking about above. It has strong potential if it's executed correctly.

This looks like a pretty cool game with great artwork so far on the drops. There's not much to it yet we are still waiting for pack opens and then the game but it looks like a very promising project to keep a watchful eye on. You can check out their website for more details here

This upcoming game looks pretty cool. Who doesn't love fishing and collecting rare fish! Every game I've ever known has added in fishing so I see this one being a very big possibility to being popular. It's still currently being built but it's expected to launch somewhat soon. It gives me the vibe so far of being like Crypto Brew master seen above.

Do you have a crypto gaming project you want to work on ? As you can see Hive is a great place to launch your own project. With no fees, low resource credit costs and a very active and growing community launching your next project on the Hive Blockchain would be a smart move!

Hive is a great place to build real games on a blockchain and the free transactions really help a lot. You could add to the list dcity and rabona.

Dcity really needs some attention. I might write about my dcity and much more. If u wanna join the club follow me :)
It's criminally underrated!

Completely forgot about dCrops! I signed up under your ref!

Thank you appreciate that. Fun little game takes very little time which I love. I just can't get into Axie knowing I have to pay $1,000+ and spend 2-3 hours a day lol

I feel you man. I have many times wondered if I want to get into Axie, but having to spend $1k is an issue, but more importantly, the fact I need to grind 2-3 hours a day doesn't inspire me with joy! You kinda forced to, to make up the money you invested into it.

That is a lot of games on the hive blockchain. I only see five listed under the games tab on PeakD. Will the others you described above be added to PeakD in the future? If not, is there another place they can be found? Currently I am focused on Splinterlands but once I get better at it, I will probably be interested in another one of the newer games.

Not sure, Peakd does have a section for games but not sure what's required to get it added there. As for a place to find them all It's mostly just being active Dappradar does an ok job as well but not all of them are listed including the coming soon ones. Rising star, Crypto brew master and dcrops are both easy plays

Wow! I did not even know there were so many games on Hive. Hearing about some of them for the first time. I bought my initial pack for eXode. I found it to be really interesting so far to follow the story. It will take a little time for me to understand everything.

Lots of great games didn't include them all but there are others. Seems to be a number of cool ones about to release I hope this year!

DCity is one of the existing games I like too. It has a very simple gameplay though.

Heavy investment though lol but agree it is a solid game. I've been a lot more passive with it lately but it looks like they implemented some nice changes to get people to build and hold more. Glad to see more of the rewards being divided up there now.

Lol, yeah. You need some investments to get things going. I am following a similar path. Whatever I earn slowly and gradually, I invest back into the game. You never know when things start getting hot. 🚀

Dcity is criminally unrated I will make an awesome blog about it soon! A follow will let u join the club! I though no one talks about dcity here

Haha. DCity is a cool game. Looking forward to your blog. Tag me when you publish.

I take a screenshot as a reminder :)

Now I am collecting ecency point so I can market it for 7 days for the love of game.

What an awesome list! I just started with splitnerlands about 2 or 3 months ago and love it. Will be checking this others out.

This is a great list of HIVE blockchain games and for sure they bring a lot of attention and users to this ecosystem. Once they discover the world around here, they will be amazed by the layered revenue streams and this should be a win for all the communities around. All just need to capture the new user base and get them on the common interests and domains that they feel more comfortable with.

It is clear that now Splinterlands leads the way, I wonder which one will be next? And let's not forget DCity which has some new mechanics that push the SIM token up high.

The whole feeless system makes gaming here on hive make total sense compared to others. Smart move for developers we just need to keep brining in value and increasing it on all fronts. Games, Tribes, Outposts, DeFi and whatever other projects. Big congrats and thank you to all the devs that risk a lot and put in a ton of work.

Interesting seems like Hive along with other chains are expanding in huge ways into the gaming industry.

Thanks for sharing these! More games will move to or integrate Hive at some point I'm sure.

Thanks! Thank would be cool

Yep more are being built and with the success of Splinterlands I have a feeling that it will start attracting a lot of devs for games or even other projects which is a very powerful thing. It will just take a few months before we start seeing that kind of action as it takes time to dev up all of these things. Excited for the future of hive gaming though. Kind of has a good ring to it.

The fishing one attracts my attention, since it combines the two passions that I have.

This fishing one could be really cool actually surprised there's no other NFT game for fishing yet. It's ALWAYS one of the biggest additions to any game.

Imagine having the rarest fish in your wallet??? Everyone will be like I wanna catch a big fish today haha

Splinterlands art is very unique and beautiful I love it!

Thanks for the simple breakdown of each of these games.

Yay! 🤗
Your content has been boosted with Ecency Points, by @bitcoinflood.
Use Ecency daily to boost your growth on platform!

Some new ones on the block! Thanks for sharing, time to try them out!

I didn't know, exode is based on Hive. Saw it once on YT and thought to myself, it looks pretty cool, but then, I hadn't discovered Hive. Worth a look, it seems.

Submit
0.00 ASH
1 vote
Reply
[-]
poshtoken  last year
The rewards earned on this comment will go directly to the person sharing the post on Twitter as long as they are registered with @poshtoken. Sign up at https://hiveposh.com.
100%
-100%

Wow! I did not even know there were so many games on Hive.

Exode sounds awesome! I'll have to look into it!