Teamwork in Businesses: Problems that can Arise and Solutions 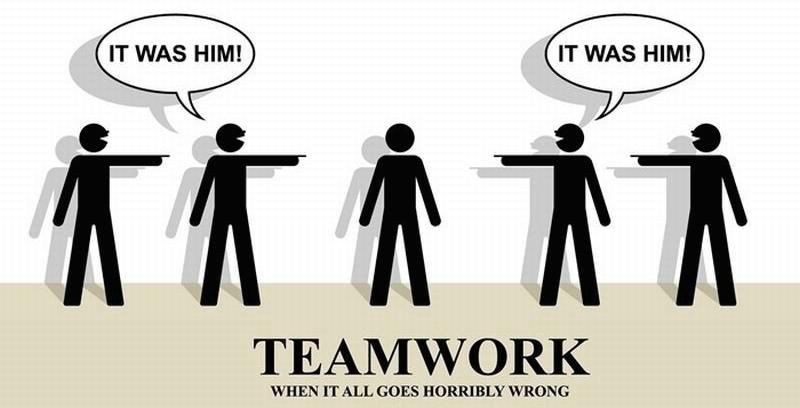 Throughout our lives we keep on hearing about teamwork and that we need to work as a team in order to be more successful and learn more. We start learning about teamwork at school or maybe even before going to school if we have brothers and sisters.

Then when we enroll in a university there are tons of group projects that are supposed to enforce the teamwork aspect and finally when we graduate and find a job we once again need teamwork there, either by being a part of a team or by leading one.

The thing is that nobody actually teaches us how to be part of a team and what to do. We may hear something generic like helping each other and stuff but the reality is different. One of the main reasons is that each individual is different, thus he/she has his/her own characteristics that need to take into account. I won't directly start from a team on a business level cause it's more complicated than this. As i said we start forming teams since childhood. When doing so, our personality and behavior are deeply affected by our family.

So if i have learned from my family that i am the best and everyone else is beneath me chances are that i won't be the top team player. As the years pass through and my mentality remains the same it will become extremely hard for me to swift to a team player.

Once again the reality can be way different from when we are students to when we work and the main reason behind that is fear. Let me give you an example of what i mean. Here in Greece, we have free education and that means that we give exams and depending on our grades we can have certain options for free universities. 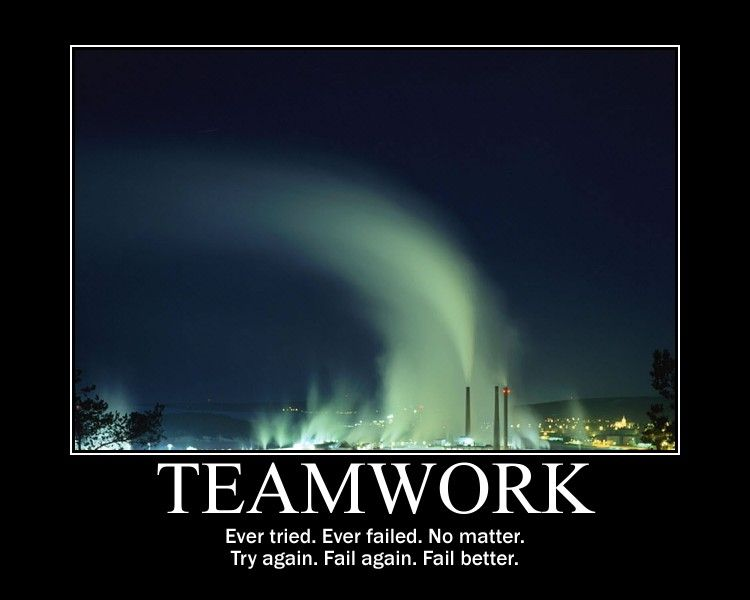 Up until now, there was no limit in years so if today was your first day at a university you could be a student literally forever. You can even find work, have a family and still be considered an active student.

So a lot of teachers give team projects to the students in order to boost that teamwork. Usually, these projects consist of teams of 2-4 students and can provide additional points to the final exam or even be the "final exam". So those group projects are pretty important.

Now let's say we have a team of 2-3 people and one of them doesn't really care and doesn't work. The only thing that can "hurt" him is that he will take a 0/10 and the next time he can have the chance to pass this course will be after 6 months. So a student like that has basically close to nothing to fear/lose and especially if he works or doesn't like the university then it's a no-brainer for him. The rest of the team though has to work more because of him, for the exact same "reward".

Moving on to a business many things can go wrong when you have a team. One thing can be bad leadership. The Leader may be a guy that nobody respects because of his actions so as a result, productivity will be low. On the other hand, the leader may be an introvert that doesn't like to talk at all, or hold people accountable and such.

Also, there are personalities that can be considered disruptive. Those are people that had issues since forever, never managed to solve them and those issues grew more and more, so now it's extremely hard to deal with them. 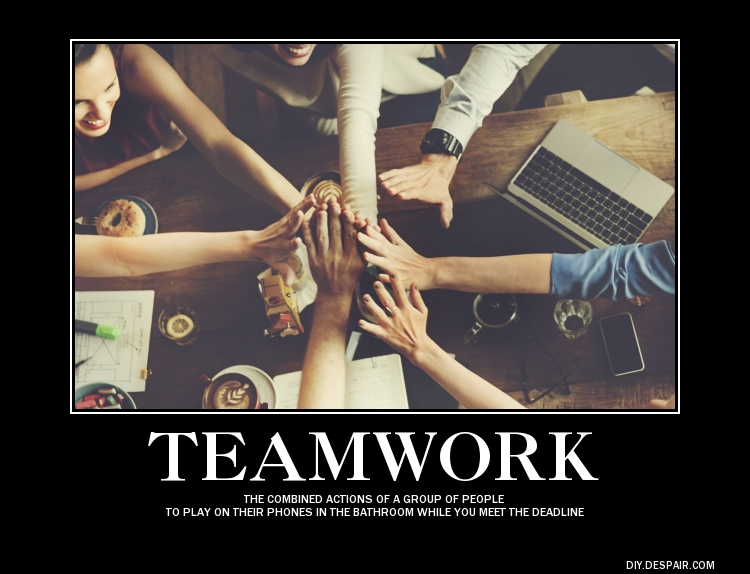 Now add to these all those people are extremely nervous, feel that they will fail or even take account the lack of incentive. Furthermore, there is a lack of communication between teams, especially on a business level and this is something we witness a lot.

What does this mean?

That means that if i create/have a product and want the marketing team to promote it and the sales team to sell and i can't explain to them what does this product is or does we are all screwed.

Also, if let's say the marketing team wants to create a new campaign that will include advertisements on TV, Radio, the internet, and such, without asking for the budget they have, then they will end up doing a lot of work for nothing. A big step in understanding teamwork would be to teach it to schools since we are children. Another one that i can think of is to add incentives that will make everyone work together and achieve the goals. Also, we need to acknowledge all those that are actually working as a team or trying and not consider it as a given.

Like with the incentives we also need to make some people understand that they need to work as a team or at least not be an obstacle to the team. That's quite too hard to achieve because it depends on the position of someone and the relations between you and him or him and someone maybe of higher position.

We also need to work with ourselves and understand when we are accountable for our actions. It's not every time the leader's fault nor the others. Sometimes it may be our own fault as well and when we acknowledge that we can move further both as individuals and as a team.

Do you have examples of bad teamwork?

How Did you deal with it?

The Cost of Living & Cultural Traditions in Athens Greece

My Take on Noise.Cash: Spoiler Alert, i will be Harsh

Now I Give Double the Rewards when Curating

When You will Cash Out?

I feel bad teamwork is just an example of the human problem.

Why be active when you can be lazy. It is easier less risky.

Why be active when you can be lazy. It is easier less risky.

There is some good advice in there. Thanks for sharing.

thanks for stopping by!